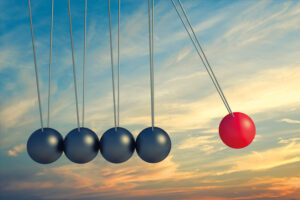 The Skiff, the Proton, and others are planning to rebuild Workspace’s productivity tools of the Google without them collecting any of your data, but for them matching the tech giant’s features could be a slog.
These alternatives to the Gmail, the Google Docs, and the Drive that they are working on will have the ability to protect your privacy

Although the ProtonMail has been around for some time now, since 2014, lately the company has started to set its sights more broadly. In April, Proton had to launch its own calendar as a public beta, and earlier in the month it expanded the beta version of its cloud storage service, which is called the Proton Drive, to all paid subscribers. A recent redesign helped to tie all those products together into one interface.

Squint hard enough, and then you can see the beginnings of a more private alternative to the Big Tech productivity tools, most notably the Google Workspace (formerly known as G Suite). Yen says that is the ultimate goal, hinting at other services like the video chat on the horizon.

“Everything that the Google has done so far has not been done uniformly in the most privacy protecting way,” he says. “Over the long term, I would like to start inventing and i’ll start making a better plan, doing everything that they do, but i will not only do so, but I’ll be doing it properly, with privacy first instead of doing it as an afterthought.”

Yen is not alone in this. Other companies like the Skiff, the Vivaldi, the Brave, and the DuckDuckGo are all trying in their capacity to pick away at the kind of all-encompassing tools that the Google offers, but makiing the privacy as a core value. In doing so, they are taking advantage of both a broader privacy awakening in the tech industry and the improvements in the technology that is protecting user data.

But while their set goals seem noble, they are also facing the same fundamental challenge: Beating the likes of the Google on features other than the privacy is harder than it looks.

Considering these other examples of the privacy-centric upstarts broadening their horizons:

The Skiff, which is an online document editor that is featuring the end-to-end encryption, has launched in the private beta and has raised about $3.7 million seed round in the month of May. CEO and cofounder of the firm Andrew Milich says that the startup is already prototyping other elements of the Google Workspace, such as the spreadsheets. (It is sounding like the company wants to support the kind of dynamic, the interlinked documents popularized by the Notion, which Google itself is trying now to replicate.)

The web browser Vivaldi has recently launched its own mail client, the calendar, the translation tool, and also the news feed reader to complement its existing notes service. The CEO Jon von Tetzchner says that the company collects no usage data on these products, and he hopes they will help users transition away from the Big Tech. (The mail client, for instance, allow users to easily toggle among email providers, including the Vivaldi’s own offering.)